Cardiff Bay (Welsh: Bae Caerdydd) is the area created by the Cardiff Barrage in South Cardiff, the capital of Wales. The regeneration of Cardiff Bay is now widely regarded as one of the most successful regeneration projects in the United Kingdom.

The Bay is supplied by two rivers (Taff and Ely) to form a 500-acre (2.0 km2) freshwater lake round the former dockland area south of the city centre. The Bay was formerly tidal, with access to the sea limited to a couple of hours each side of high water but now provides 24 hour access through three locks.

Cardiff Bay played a major part in Cardiff’s development by being the means of exporting coal from the South Wales Valleys to the rest of the world, helping to power the industrial age. The coal mining industry helped fund the building of Cardiff into the Capital city of Wales and helped the Third Marquis of Bute, who owned the docks, become the richest man in the world at the time.

As Cardiff exports grew, so did its population; dockworkers and sailors from across the world settled in neighbourhoods close to the docks, known as Tiger Bay, and communities from up to 45 different nationalities, including Norwegian, Somali, Yemeni, Spanish, Italian, Caribbean and Irish helped create the unique multicultural character of the area.

After the Second World War most of the industry closed down and became derelict. But, in 1999, new life was injected into the area by the construction of the Cardiff Bay Barrage, one of the most controversial building projects of the day but also one of the most successful.

(Welsh: Canolfan Mileniwm Cymru) is an arts centre located in the Cardiff Bay area of Cardiff, Wales. The site covers a total area of 4.7 acres (1.9 ha). Phase 1 of the building was opened during the weekend of the 26–28 November 2004 and phase 2 opened on 22 January 2009 with an inaugural concert.

Locally nicknamed “the Armadillo”, the Centre comprises one large theatre and two smaller halls with shops, bars and restaurants. It houses the national orchestra and opera, dance, theatre and literature companies, a total of eight arts organisations in residence. The main theatre, the Donald Gordon Theatre, has 1,897 seats.

The Senedd is not just a building for Members. It is the main public building of the National Assembly, the main centre for democracy and devolution in Wales. It is a building open to the public – a building where you can walk in to have a cup of coffee in the Oriel on the upper level, or visit the public galleries from the Neuadd on the centre level. And it is not just visitors that come here to see and enjoy the Senedd – we have also had performers, singers, exhibitions and all sorts of activities going on here.

For more information visit the National Assembly for Wales website.

Featuring turns, twists and several big drops, the CIWW white water course is ideal for thrill seekers and is a great way to put your paddling skills to the test! With plenty of waves and holes for you to throw the best moves, it’s the only way to raft in the city of Cardiff!

Cardiff Bay Barrage (Welsh: Morglawdd Bae Caerdydd) lies across the mouth of Cardiff Bay, Wales between Queen Alexandra Dock and Penarth Head. It was one of the largest civil engineering projects in Europe during construction in the 1990s.

BayArt Gallery is a fine art gallery in Cardiff Bay showing contemporary Welsh and international works. The gallery is artist-led at its heart, embedded within a beautiful, intimate, creative space in one of Cardiff Bay’s busy streets.

The Norwegian Church Arts Centre is one of the landmark buildings situated in Cardiff Bay and has panoramic views over the waterfront. Formerly a Church for Norwegian Sailors, the iconic building dates back to the industrial revolution, when Cardiff Docks was the world’s greatest exporter of coal. 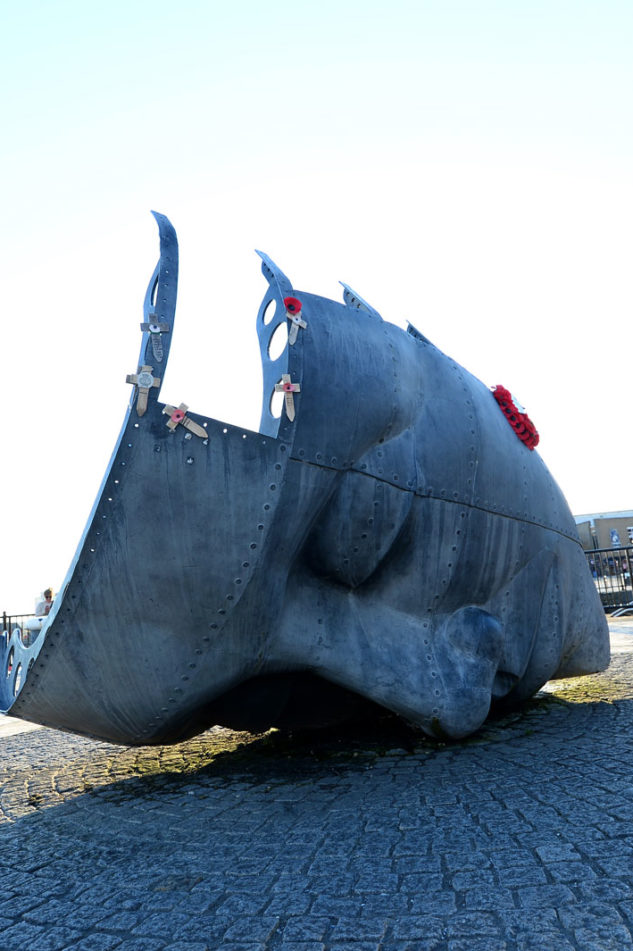