The Royal Hotel is located conveniently near Cardiff Castle, one of Wales’ leading heritage attractions and a site of international significance.

During 2000 years of history, the Castle has been a Roman Garrison, a Norman stronghold and in Victorian times was transformed into a gothic fairytale fantasy.

Caerphilly Castle is a medieval fortification in Caerphilly. The castle was constructed by Gilbert de Clare in the 13th century as part of his campaign to conquer Glamorgan, and saw extensive fighting between Gilbert, his descendants, and the native Welsh rulers. Surrounded by extensive artificial lakes it occupies around 30 acres and is the second largest castle in the United Kingdom. It is famous for having introduced concentric castle defences to Britain and for its large gatehouses.

Castell Coch is a 19th-century Gothic Revival castle built above the village of Tongwynlais. The first castle on the site was built by the Normans after 1081, to protect the newly conquered town of Cardiff and control the route along the Taff Gorge. Abandoned shortly afterwards, the castle’s earth motte was reused by Gilbert de Clare as the basis for a new stone fortification, which he built between 1267 and 1277 to control his freshly annexed Welsh lands. This castle was likely destroyed in the native Welsh rebellion of 1314. In 1760, the castle ruins were acquired by John Stuart, 3rd Earl of Bute, as part of a marriage settlement that brought the family vast estates in South Wales. 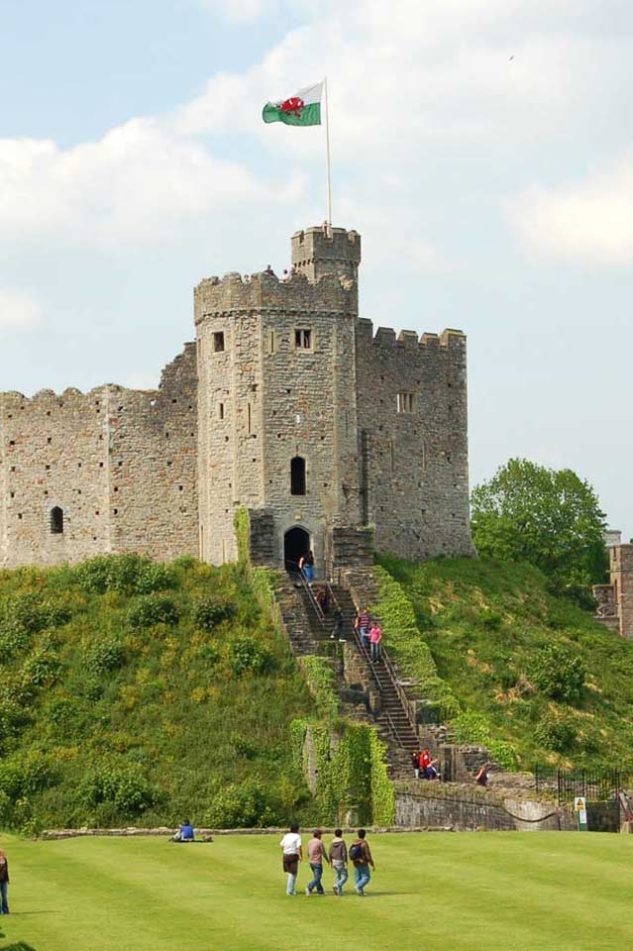